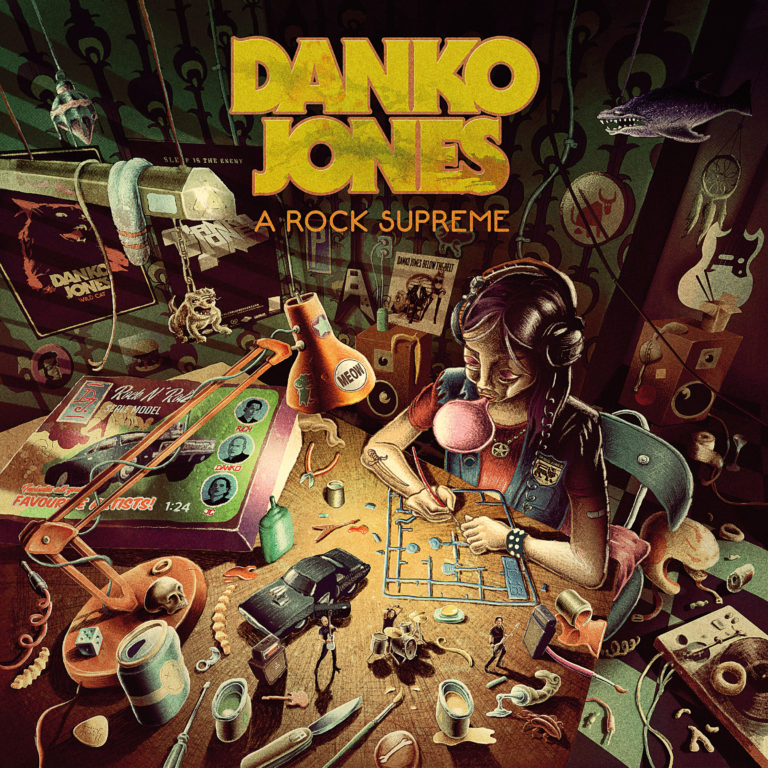 The hard rock group DANKO JONES – whose music was recently hailed by Ghost Cult for “mix[ing] the bite of AC/DC and the swagger of Thin Lizzy with an impressive Clutch-like ferocity” – will celebrate today’s release of their new album “A Rock Supreme” by performing an exclusive concert tonight for listeners of the German radio station Rock Antenne at Eddy’s Rockclub in Munich, Germany. They’ll perform a similar show in Kiel, Germany on Saturday night at the studios of the city’s Radio Bob network. Danko’s current single “Dance Dance Dance” just climbed to #138 in the German Airplay Charts making it the highest charting non-domestic Rock track at radio in Germany!

Soon after they return to their home country of Canada, the band will then perform a series of shows in their native Ontario, including a headlining performance at the Agency for the Performing Arts (APA) showcase during Canadian Music Week (CMW). From there, the group will embark on their first Australian tour in more than a decade, after which they’ll head to Europe to perform at a number of high-profile events, including the Sweden Rock Festival, the Highfield Festival in Germany and a Helsinki concert alongside The Offspring. Additional shows in the U.S. and Europe will be announced shortly at www.dankojones.com/tour.

“A Rock Supreme” – which was produced by Garth “Gggarth” Richardson (Red Hot Chili Peppers, Rage Against The Machine, Rise Against, Biffy Clyro) – is DANKO JONES’ follow-up to 2017’s acclaimed “Wild Cat,” which cracked the sales charts in Canada and eight European territories, achieving the group’s highest chart positions yet in Germany, France, Belgium and Switzerland. The album, which can be streamed in its entirety on Spotify, Apple Music and other digital platforms, can be ordered on CD or limited-edition ice blue gatefold vinyl at this location.

DANKO JONES – whose namesake front man contributed guest vocals to Volbeat’s 2017 #1 Active Rock hit “Black Rose,” a song he performed live with the group at their recent stadium show in Denmark (captured on the newly-released DVD/Blu-ray “Let’s Boogie! Live From Telia Parken”) – has made a name for themselves over the years as a must-see live band during memorable tours with the likes of Guns N’ Roses, Motörhead and Clutch. The group’s best-known material includes “Had Enough,” which earned the group their first gold and platinum singles in Sweden and has racked up more than 14 million Spotify streams; “Gonna Be A Fight Tonight,” which WWE used as the official theme song of the 2015 Royal Rumble; and “Lovercall,” their first of seven singles to crack the U.S. Active Rock Top 40.